Privacy in urban Ghana: an ethnographic exploration of nightlife, housing, and social media 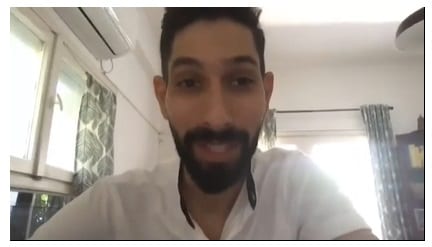 There is a long tradition of investigating Africa as a unique and incomparable phenomenon,
which often denies the position of its inhabitants as global actors who participate in universal
frame of meanings such as globalisation, digitisation, cosmopolitanism, and modernisation.
Alternatively, there is an ever-growing body of literature that aims to portray Africa as a global
centre in its own right, and not as the margins of a "bigger" story or an impoverished place that
needs "saving" (Comaroff and Comaroff 2015; Mbembé and Nuttall 2004; Ferguson 2006; Weiss
2004). Research under this latter category de-familiarise and disturbs previous readings of Africa
by exploring themes of sameness (Mbembe, 2001) and stressing the important role Africans play in
social processes such as globalisation, religious reformation, neoliberalism, and digisiation.
This ethnography sets out to describe and analyse privacy as a cultural practice of urban
middle-class Ghanaians living in a rapidly changing social, economic, religious and cultural
setting. It is an intimate, nuanced and reflexive account of daily life in Tema, a modern and
industrial city built in 1961 on the outskirts of Ghana’s capital Accra. The research demonstrates
that among middle-class urbanites, privacy is experienced as an essential strategy for identity
management and social mobility, by allowing them to navigate between visibility and invisibility,
exhibitionism and discreteness, social capital and hidden desires.
The dominant scholarship about privacy emerges from academic fields such as political
theory, law, social psychology, sociology, and philosophy; thus, privacy is often defined as an
abstract and universal concept in some instances and as a civil right (or even property) in others.
Popular discourse and journalistic coverage about privacy present it as an essential component of
civil life that is in severe danger due to digital surveillance technologies, and their particular usage
by governmental and commercial entities. This dissertation proposes a radically different reading
of privacy as a culturally constructed practice shaped by history, theology, language, and material
culture. This research, therefore, confronts current public and academic debates about privacy by
challenging their preoccupation with the concept of “rights” (legal and moral), as well as the
ethnocentric notion that the world is facing a crisis of privacy in the age of digitisation.

Members of Ghana’s urban middle-class play a crucial role in the social, economic,
religious and cultural dynamics of Ghana and Sub-Saharan Africa at large. As first, second or
third generation urbanites, these aspiring Ghanaians are not only savvy users of mobile phones
and digital technologies but are also devoted members of a rapidly growing movement within
Protestant Christianity – Pentecostalism. Due to the church’s fierce discourse of rupture as a
necessary path to material and spiritual prosperity, being “born-again” influences every aspect of
a person’s life. While calling to break all ties with one’s traditional past and rural present, the
church sets a moral framework that re-socialise urban Ghanaians and demands constant
negotiations between what is “proper” and “improper,” “holy” and “demonic” – public and
private. I ask, therefore, how is privacy experienced and perceived in this particular urban
theological landscape? How does digitisation influence these experiences and what can this tell
us about privacy at large? I explore these questions through three urban spaces, presented as
three chapters that provide a rich and contextual observation of contemporary city life:
Nightlife and darkness: night and day – darkness and light – divide and arrange social life
in the city as the interplay between private and public interactions. Pubs, bars, hidden street
corners, and nightly church services all play a part in the role of darkness as a tool for privacy,
discreteness, and the bypassing of community surveillance. There is a growing interest in
research about nightlife and electricity in the Global South, and this ethnographic reading
suggests that darkness in cities like Tema is not merely a financial or infrastructural deficiency
but an important actor in a complex socio-cultural urban landscape.
Private houses: the family home, with its unique social and architectural properties, is
fertile ground for the exploration of privacy practices. Yards, gates, bedrooms and living rooms
of middle-class houses map the material and metaphorical boundaries between inside and
outside, kin and stranger – private and public. The urban home is the most discrete space in
people’s lives, protecting them physically, visually and spiritually from the uncertainties and
anxieties of city-life. However, this imagined dichotomy between the house and the city is
challenged by the domestication of streets and the penetration of mobile phones and Internet
connectivity into the home.
Social media platforms: After exploring physical “offline” terrains (such as the nightlife
and local houses), while referring to the presence of digital objects within them, nuanced and
contextual reading of social media practices is made possible. This methodological approach to
online spaces differs from the dominant literature in Internet studies and digital humanities that
observe virtual spaces in isolation (and even opposition) from particular places and histories.
There is a clear continuity between the offline and online practices of privacy. Furthermore,

social media platforms challenge, enhance and complement pre-existing conceptions of privacy
by introducing new and exciting opportunities for visibility and invisibility.
This study, therefore, analyses privacy while bringing two bodies of anthropological
literature together: digital anthropology (particularly from a material culture perspective) and
anthropology of Christianity (Pentecostalism in Africa). Exploring African theology in the
context of digitisation draws a dynamic and vibrant portrait of contemporary city life. This
portrait is of value to anyone interested in understanding privacy in the digital age, contemporary
Christianity in Africa, and the centrality of the rising urban middle-class in post-colonial nation-
states.